The photograph of a Kamchatka Brown Bear catching a salmon was honoured as a winner at the International “Glanzlichter” Nature Photography Contest 2011. The annual competition and award ceremony in Fuerstenfeldbrueck near Munich (Germany) is highly regarded as one of the most important European events for nature photographers. In 2011 the jury had received 15053 entries of photographers from 33 countries. 87 photos in different categories were honoured with the “bear shot” one of them, see the official site here 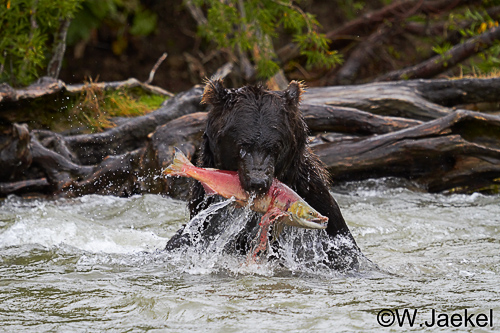